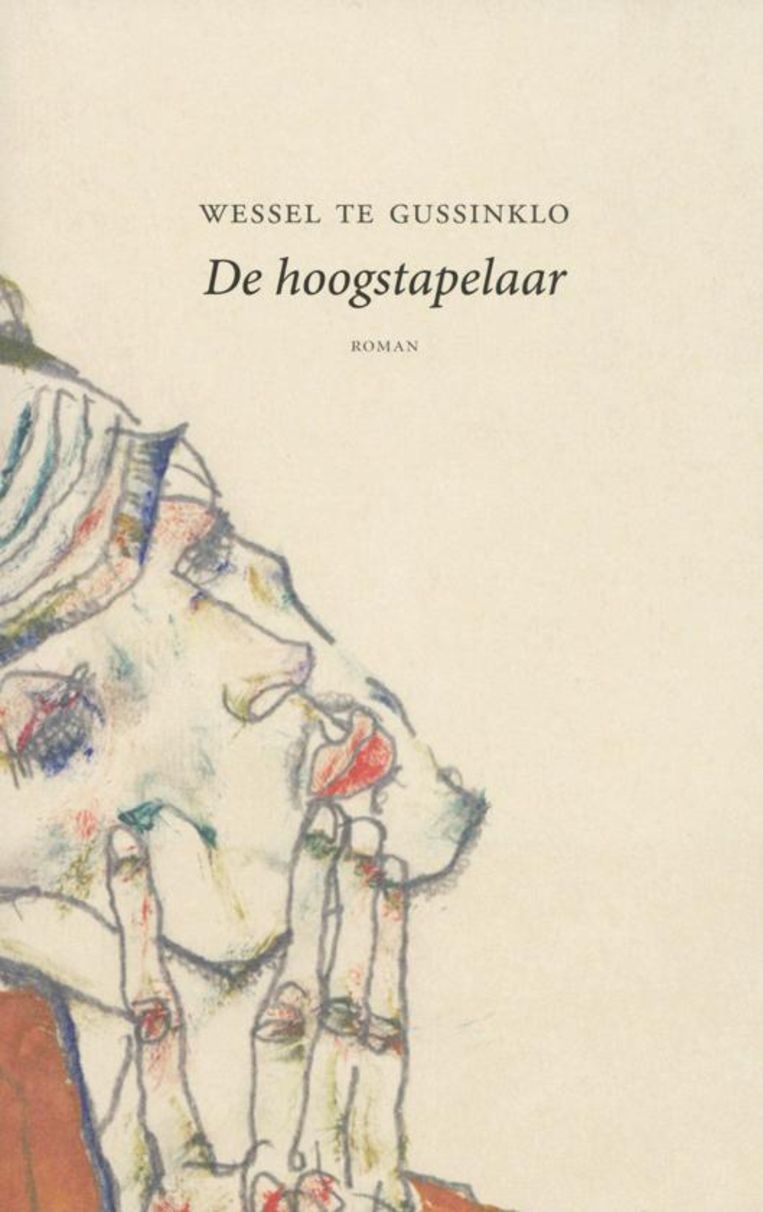 knowbotiq in Schottland - thulhu thu thu, before the sun harms you 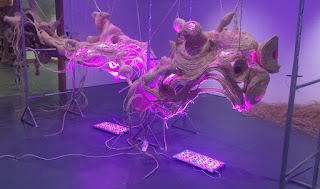 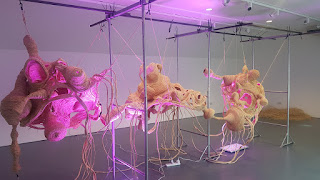 thulhu thu thu, before the sun harms you disturbs the white jurisdiction of the planet and will search for and cohabit different imaginaries to experience the political, biophysical, socio-cultural and economic dimensions of nature. 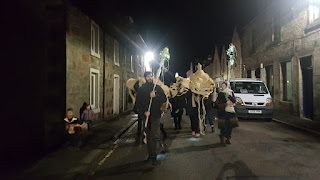 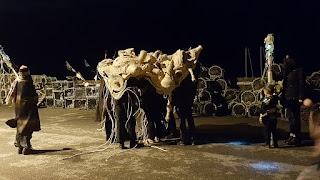 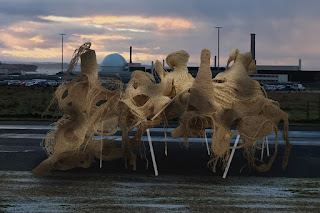 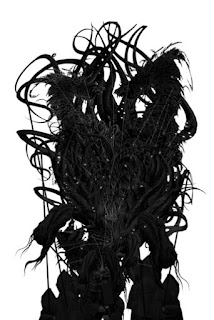 Timespan Arts Center, Hemlsdale/Sccotland 10.10.19-15.01.19
knowbotiq with ira wilhelm, pablo alarcón
Bridging the time span of the Columbian exchange up to recent and futuristic modifications of ecologies, one can find in the peat bogs of the Scottish Highlands beneath the seemingly natural landscape a molecular optimized territory full of inscriptions, volatilities, clearances, layers of monstrous intimacies, post/colonial voidings , offsettings and valorizations. These mostly subterranean processes, often controlled and surveilled by bio-molecular laboratories are in their complexities, tiny scales and repellent characters hardly comprehensible. The metabolic processes of the sphagnum mosses and their manifold companions are taking place in in deep time, continuously processing parallel forms of induced living and dying.
Aside the peat bog restoration[1] in the context of the climate change oh, can`t sense the white anthropocene! questions the existing formulations of the white[2] anthropocene as a universal discourse by attending to the reverberations of colonial and racialized violence in the histories[3] of the Highlands. These colonial forms of anthropocenic knowledge and its patterns of thinking and doing of “developing a land” are still driving actual local interventions in the Highlands: planning a space port for satellite launchings, inserting over dimensioned wind parks, denuclearizing test reactors or forcing migrations out of social disadvantaged urban areas.

Peat bogs as unearthy places on earth seem to be appropriate places for such weird imaginations and speculations: Muddy assemblages in which human impulses can only survive for a short time, in which memory fails in anaerobic layers, in which the marking of claims is rendered impossible, in which inhuman layers of land grabs, dispossession, forced migration, multi-faceted extractions and translocal environmental racism are persevering in deep time. Peat bogs seems to give shelter for the ghosts of the white Anthropocene and its planetary practices of extractions and transplantations. These are practices of abstractions and fungibility converting human and land into commodity with properties, dividing into human and not human, rendering subjects, affects and geologies into inhuman materialities of the earth.
Yet these bog lands are zones of intense forces of life – porous assemblages fluctuating in various temporalities, re-connecting forms of life, techniques and existential territories. knowbotiq is developing with invited artists, activists and scholars performative sensings to open up the subterranean potentials for “practices of being human” subverting the anthropocenic and necropolitical grammars of the land.
the undefined
knowbotiq produces an undefined and formless proliferating object out of collectively braided raffia, dried leaf fibers. This undefined will be inhabited and augmented by microorganisms, marked by artefacts and will continuously proliferate further through quilting-like social knowledge practices in workshops during the exhibition. It shall be moved collective through the land and its anthropocenic inscriptions and extensions: the non-extractive restoration zone (carbon sink), the space port, the denuclearization zone, the wind parks.
The undefined shall dis/assemble bodies, non-human organisms, traces of the soil, shall invent intimacies and gestures of care towards the ground, the subterranean and its translocal relations. It receives it`s agency like an object in the Bunraku theatre through joint and sensitively coordinated actions. It shall negotiate its forms of apparition and flight within the violent entanglements of the muddy carbon layers, envisioning invisible structures for orientation towards the latent. 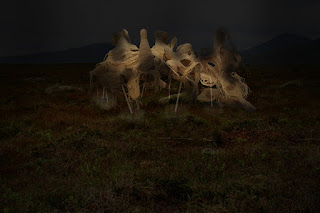 incantations
The movements of the undefined through the bogs will be addressed and activated by incantations, small evocations of care and spirituality accompanying daily routines. These can be sound pieces, spoken word, songs reflecting the politics of the Anthropocene from different perspectives and situatedness, “repowering” the inhuman designations. They could be spoken from the molecular and opaque earth’s insides, from the context of extractions and speculations, from the various affections and violation of bodies. The incantations could provide sonic spaces for the interrogations of the appropriation of land, bodies and molecules.
The encounter of different voices, movements and sentients shall open the potential to disrupt ingrained ideas and representations of land use, property and white development. Affecting the senses and bodily imaginations they will share dividual, not integrating knowledge and intimacies towards different lands, situations and unknown worlding. 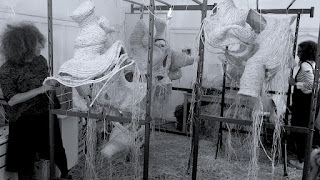 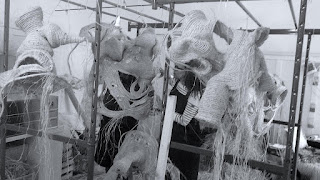 [1] In the Highlands one can find one of the world biggest peat bogs, which have to be intensively protected as important carbon sinks in the context of the climate change. Large parts of the vast landscape are currently being “re- and denaturalized”, molecularly “repaired”, “restored” and “conserved” as the “Flow Country”.
[2] Whiteness became established as a right to geography, to take place, to traverse the globe and to extract from cultural, corporeal, and material registers, –while other bodies had to absorb the excess of that surplus as toxicity, pollution, and intensification of storms. Again, and again. (Kathryn Yusoff)
[3] During the Highlands Clearances in 18th and 19th century feudal land lords depopulated empowered by their profits from colonial plantations vast areas of the peat bogs, erased common land and forced the crofters to move to fishing villages along the coast or to emigrate into the colonies in the Guianas, Jamaica and Canada. Large moorland areas were drained, afforested and used for sheep breeding and feudal hunting.